Forums
Your Bloody Stories
Lodging
I did not do it!!! 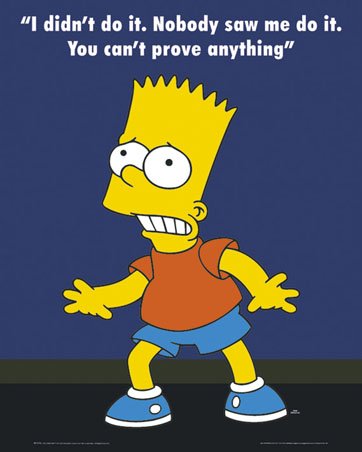 One of the "perks" of working in a 3 star hotel is book outs! For those that do not know what a book out is, it is simply when a hotel sells more rooms than it physically has in order to increase the chances of being 100% full. So when you have to tell the guest to go elsewhere, the hotel will book another room for you in a sister hotel or at a competitor's hotel (book you out).

That out of the way, let me tell you an experience I had in one of the particular hotels I worked in. To set the scene, it was a Saturday night, so when I walked into my shift we were still -20 rooms, so as you can imagine my mood was not exactly the best. All I got from management was a "Don't worry, they probably won't show up" ... Uhuh ... Fuck off! Well, I can't blame them too much, they went home and didn't give a shit ... I probably would have been the same. Anyways, so as the night progressed, we finally filled the hotel and I was praying to all the known Gods from every culture (modern and historical), that they would not show ...... but ....... of course they started to arrive. The first few were alright. They were upset of course, but since we paid for their taxi and booked a hotel for them ... they were reasonable. At £45 a night (back then), they did not make much of a fuss.

The shift continued and it seemed like after all, it was going to be a good shift. That was my first mistake .... have hope! Another guest arrives to the desk wanting to check into his room. Following protocol, the night receptionist gives the man the news about his room not being available, but we had arranged a room and taxi for him. Unfortunately, this man did not take it too well  so he began yelling at my colleague and demanded to speak to the manager on duty. The receptionist came to the back office and asked me to come out ... all cool for now. A few apologies and fuck yous from the guest, he loses his shit altogether. The man starts swearing even more and all of a sudden, he grabs his carry on and throws it at me.  Luckily, his aim was as shitty as his potty mouth and all he managed to do is hit the branded sign next to me. He then starts running around the desk trying to find a way into the reception to "kick my ass". Thank God, that the only way into reception was through the back office door which was secured by one of those key pads. So his effort was futile. I try to call the man down, but he was not having any of it. I told him that if he didn't chill, I would call the police to which he sarcastically told me to do it. So ..... I call them.

Police showed up within minutes as the area I used to work was considered a shit hole and police cars were quite frequent in the area. It is funny how some people change completely their attitude once the authorities arrive. Just a few minutes earlier, this guy was threatening and telling me how all my future generations would be fucked after he got his hands on me. With the police he was a true English gentleman. Calmly explaining how we had overbooked and that we refused to assist him. Ehhhh?! Once they finished with his statement, the police came to speak to me and I explained to them what REALLY happened. I told him the man became extremely aggressive once we offered to book him out and threw his carry on at me. The man then interrupted me and said "I didn't do it!! You grabbed my bag to hold me hostage at your property." Double Ehhhhhh!!! WTF did this mother fucker just say? Hold him hostage? I couldn't help myself and I started laughing my ass off. The man began losing his cool in front of the police and once again started swearing at me. I told the police that I would gladly show them the CCTV footage to ascertain who was right. One of the officers went to the back office with me where he was satisfied with the truth of how the events were carried out. We both returned to the front and the police officer ask the man why he lied and threw the bag at staff. He man continued on denying the fact and told the police that we had altered the images! I told the man that if I had the skills to alter the CCTV footage whilst talking to him then I wouldn't be working on a Saturday night in a shitty 3 star property. The police asked me if I wanted to press charges against the man to which I told them, to just remove him from the property. As they were getting to leave, the man asked me if we could still pay for his taxi and hotel room. I responded to him in a professional matter .... "Mate, just get the fuck out of here and by the way, we will charge you for tonight. Have a great day."