Recent Articles
I’m amazing. Give me free stuff!
Subject to Availability
Oooops, I think I may have clicked on...
Trying to sneak away?
Does prosperity make you stingy?
TripAdvisor. So overrated. – 1 star
The Attack of the Drones
Home Forum

Trying to sneak away? 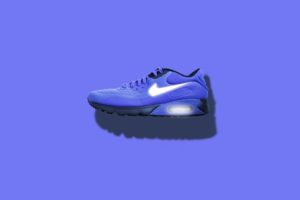 Remember the good old days when you could go into a 5-star hotel hotel and didn't have to pay for anything? No? Well, apparently some people think that is a new fad that is going on. Through out my numerous years in the 5-star market in London, I have come across quite a few individuals who thing they can leave the property without paying. Well, bad news for you mate. Not on my fucking shift!

If you plan on consuming in "my" hotel, then you are going to pay for it. Obviously, if you are a fucking ninja and can avoid all of our team members, then you may get a freebie, otherwise .... tough shit! Rule #1 in avoiding payment in a bar .... don't get drunk off your ass. Trust me, if you get pissed, you will get caught.

So one night I get a call from our cocktail bar regarding a gentleman who didn't have any method of payment. Luckily for us, the guy didn't consume too much ... just 1 cocktail so the bill was not astronomical. The guy was intercepted as he was trying to leave, but to his misfortune he was quite drunk and could not avoid being caught. I went to meet them just outside the bar where the guy was pretending to be asleep and had his feet on top of one of our chairs. Now, that was enough to piss me off ... I hate people who have no manners and try to fuck with us. I started off by calmly telling him to please remove his feet from our furniture to which the man just look at me and gave me the cordial "Fuck off" to me. At that moment I knew things were going to get ugly. So ..... I called for extra security to ensure this mother fucker did not get away and if we had to beat the living shit out of him ... it would be done. Luckily on that night, we had a function going on and the security personnel included some big sonabitches.

When security arrived, my 5 star eloquence turned into a cockney chav trying to get some pussy in Magaluf. Yep, that's right ... zilch . nada . rien . nothing! I told the guy to remove his feet from the furniture once again and he just glazed at me. So, I decided to grab the chair and remove it from under him which made his feed crash down to the ground like a £30 hooker's panties. Now that I had his attention I asked him for some ID and method of payment for his whopping £16 bill in the bar. He smiled at me and told me he did not have any money on him. I gave him the whole sermon on how he could go into an establishment without money and consume. He told me some bullshit story, but ultimately admitted that he knew he didn't have any money. You may think that for £16 I would just let him go ...... LOL ...... hell no! It's not about the money, it's about the principle. I don't get shit for free so why should this cunt get off easy.

Unfortunately, these type of people know the system too well and know that the police cannot do shit to you as it is a civil matter. All they can do is persuade you to pay the establishment, but a lot of the times they don't even come to the property. We obviously enhanced the story to ensure they would come by adding that the guy was being aggressive and shit like that. The police arrived and as I mentioned, could not do anything to this guy. We tried with the police for him to call someone to pay the bill, but of course ... he "didn't have a mobile with him." The police didn't buy it either, but we cannot just search the guy.

A few minutes into the police conversation, the guy, who still was sitting down, decided to get more comfortable and took his trainers (sneakers for you Americans) off. He placed them next to his chair and got up to speak to the police. I saw that as a golden opportunity, so I grabbed the trainers and told one of my Security officers to take them away. The guy noticed that we took his trainers and started yelling at us. I told him with my widest grin, "No money, no trainers". Pay your bill and we will give them back, otherwise we will confiscate them as a method of payment. It's really funny how all of a sudden a mobile phone appeared from his pocket and started calling different people to transfer him some money. I don't know who the hell he was calling, but we could clearly hear people telling him what a fucking twat he was and to fuck off. Apparently, this was not the first time this guy had some something stupid. He was begging for his shoes back and was "promising" he would come back the next day to pay us. I told the guy that since he had been such a miserable twat (not exact words), there was no negotiation to be done. Either he paid, or he left shoe-less.

One of my security officers began to cave in and asked me if I wasn't being too strict. I told my colleague that this was the only way this asshole would learn his lesson. I told the security officer that if he felt uncomfortable with the situation, he could go back to his function .... the big little pussy went. The coppers and I were having a laugh and were complimenting on our swift action. It took a long time, but miraculously the man found a tenner in one of his pockets. He assured us that it was all he had. At this point (2 hours later), I believed him so we took the 10 quid and returned his trainers back. Once he got his shoes back he became a "man" again and started insulting all of us. All it took was a nod at the police and security to get the guy out of the property. He never came back, but I assure you he learnt his lesson. We may not have received the full amount, but I was happy that he paid for most of it.