Oooops, I think I may have clicked on it. 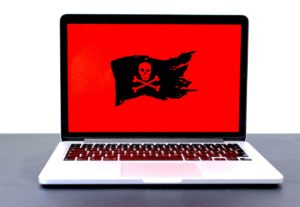 This one is dedicated to all my fellow IT engineers in the world. I am sure we have all experienced virus infections on networks and 9 out of 10 times it is "no one's fault". Like for example, the multiple infected emails wanting to you to click on a link to verify your bank account that obviously "no one clicked on it". Or the lucky prizewinner that won £1,000,000 out of the blue without even participating on any raffle or lottery. Let's not forget the order tracker for the FedEx delivery of the product you never bought. Sigh .... got to love users.

The best thing about all of this is that these types of users never tell you when the email arrives. They only let you know when they have clicked on the "infected link" and realise they didn't get anything. And .......... of course you get the default response of "Oooooooops, I think I clicked on it". Most of the time, if the company has updated systems and proper protection, nothing happens, but if they don't, all hell breaks lose.

I still think that many people think that IT departments/suppliers have a little red button next to their PCs that when shit hits the fan, we stomp on the fucking button and it fixes everything. Well, news fucking flash, we don't! There is nothing more stressful for clients and engineers than a virus infection. At the best of the circumstances, you run the antivirus on that particular machine and it cleans the little fucker out. Then you got the nasty cunts (virus) that decide to go on a fucking walkabout around your entire system and hide themselves in every possible way to avoid being killed. We had to deal with one of these last week.

Let's call the company ACME and the culprit TWAT. So in a nutshell, the TWAT clicked on an email that was sent to all of ACME and this person was the ONLY one to fucking click on it because everyone else immediately noticed there was something dodgy going on. So TWAT clicks on it and all of a sudden a shitload of popups start appearing on TWAT's desktop. Does this person notify anyone? No. Does TWAT panic? Fuck yes ... and decides to close all the popups, not tell anyone and continue on working like nothing had happened.

Slowly but surely, all machines start getting infected. How did ACME notice? A few days later, every single machine would crash at a particular time like clockwork. The virus had hijacked their antivirus software and disabled it. All their machines including remote ones and servers got hit with it. Any machine that would connect to their network .. be it by Wi-Fi, VPN, or LAN would automatically be infected. Nightmare to say the least. ACME started dealing with the infection themselves as they did not want to fork out cash to repair the "damage". They investigated internally and thankfully TWAT came clean regarding what was clicked. The infection was first noticed on a Wednesday, but it wasn't until a Friday that they brought it to the attention of their IT suppliers. By then it was "too late" as it had spread everywhere. Drastic measures had to be taken in terms of taking down the network completely. After several days of fighting this bug, it was finally contained and eradicated.

Besides the money spent in sorting out the issue and also the money "lost" due to the downtime, ACME got lucky. Their data was intact and all the bug did was just cause applications to crash. It was annoying, but not destructive. So let's know that the little TWAT learnt a valuable lesson of not clicking shit getting sent to you if it looks suspicious. My bet would be that nothing was learnt from this experience. Luckily for us, there are lots of people like TWAT that keeps us employed, so don't know if I should get angry or build them a monument in their honour.